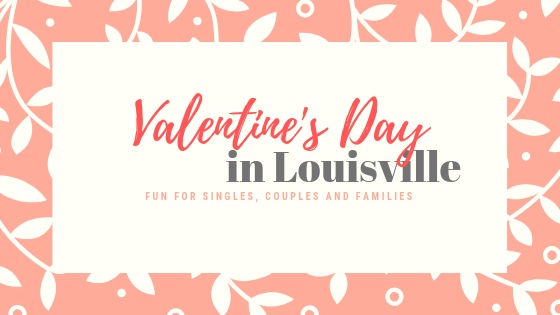 By the time February rolls around we are well past the holiday break and often sick and tired of being cooped up due to the winter weather. What better excuse to leave our cabin fever behind and explore the myriad options for good, warm fun than Valentine’s Day in Louisville?

The key to a romantic and fun Valentine’s Day in Louisville is planning ahead. Whether you are planning dinner and a movie, a concert, a play, or headed out to dance, call ahead and secure your spot!

Maybe an ANTI VALENTINE'S DAY PARTY is your speed this year. Look no further than Monnik Beer Company. You can find Monnik in the up and coming Schnitzelburg  neighborhood adjacent to Germantown. It’s a fun spot with great beers on tap and additionally they are “….offering creative takes on pub fare in a casual dining setting.”  Their meats are locally sourced and their specials change based on what’s in season and locally available.  Who knows? Maybe you will find love on Valentine’s Day at this contrarian event.

Maybe your valentine is a Beatles fanatic! Headliners Music Hall is always a great spot to catch live music in Louisville and they have you covered for Valentine’s evening. As the Beatles famously sang, “All you need is love” and Abbey Road LIVE! will play two sets of The Beatles best love songs to get you and your date moving and grooving.  But again, don’t...

Christmas at the Galt House Hotel 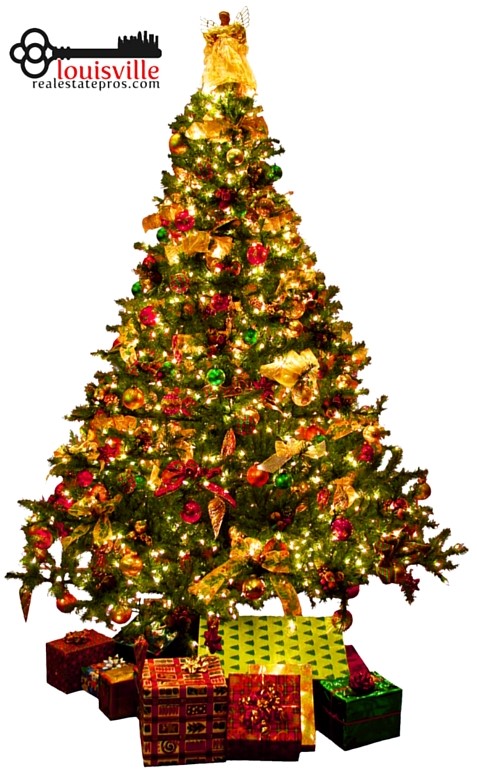 As one of Louisville’s largest Christmas extravaganzas, Christmas at the Galt House Hotel is beloved by people of all ages. With activities and experiences to please those young and old, it will be easy to fall in love with it all! Looking for the perfect place to watch your little one’s eyes fill with holiday wonder? Bring them to see all the lights and sounds of the season! Searching for a place to experience a one-of-a-kind date night with your loved one? Check out the Pam Tillis dinner show and finish the night with a carriage ride around downtown Louisville. Christmas at the Galt House offers it all!

Have you checked out Lights Under Louisville?

While you're at it, check these out:

KaLightoscope Luminaries – A combination of A Christmas Carol performers, luminaries and projections make this a holiday light experience you don’t want to miss! 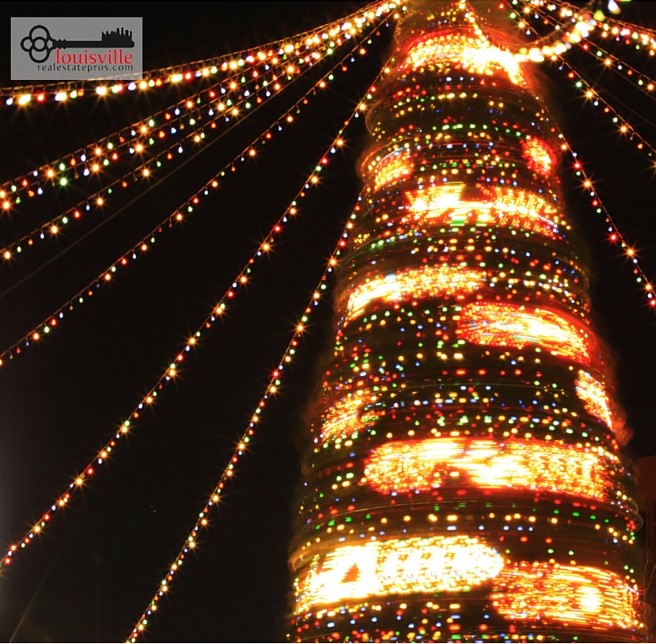 Looking for a Christmas lights display that the whole family can enjoy? Then you have to check out Lights Under Louisville! Located in the Louisville Mega Cavern, at 1841 Taylor Ave. Louisville, KY 40213, this is an underground light show that you don’t want to miss. (It’s fun to know that you’re driving directly under the Louisville Zoo when you’re in the Mega Cavern!)

Drive your own car through the cavern while listening to the holiday sounds of the season. Over 850 characters are cued to light up to the holiday music while 2,000,000 twinkling lights fill the cavern. Have the kids roll down their windows and see who can spot their favorite festive characters!

Lights Under Louisville runs now until January 3, 2016. It’s open Monday – Friday, from 6pm until 10pm. On Saturdays and Sundays, you can enjoy the lights from 5pm until 10pm. Weekends tend to get busy....

Holiday fun for the whole family! 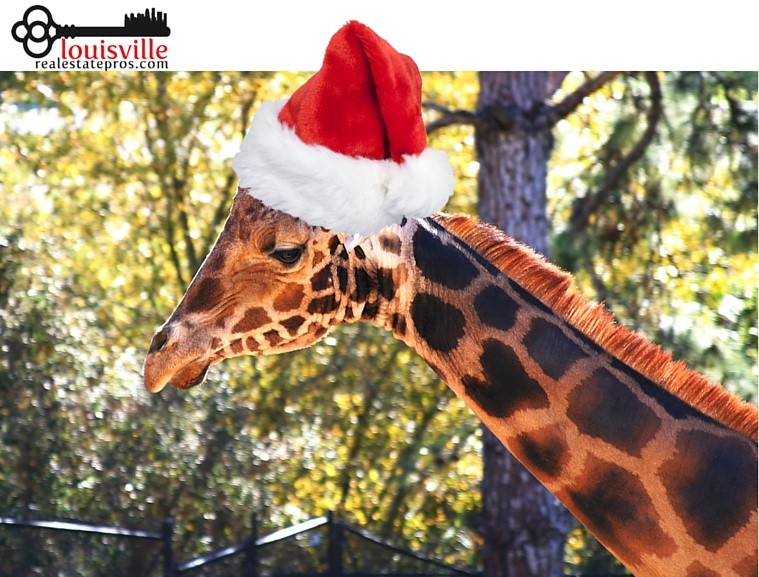 The Louisville Zoo is always a family favorite during our city’s beautiful spring and summer days. But did you know that a visit to the Zoo can be just as awesome during the cooler months? That’s right! Grab your tickets to the Louisville Zoo’s Santa Safari and get in the holiday spirit alongside the animals!

Visit with Santa, and take home your own photo with the big guy. You’ll have a chance to meet Mrs. Claus as well! There will be festive holiday snacks and refreshments, and kids will be able to make a special craft with Santa’s elves. Enjoy music and the company of friends and family in...

Louisville, KY Events in the Fall 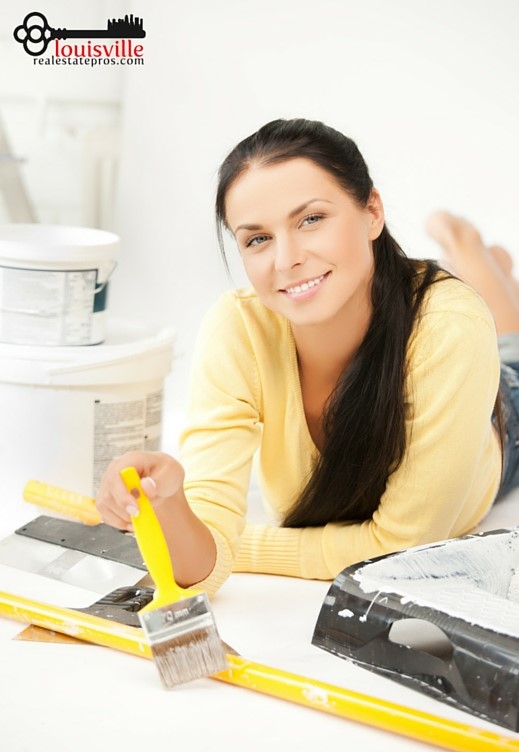 I don’t know about you, but not many things excite me more than the thought of the approaching change of season.

While summer offers time to relax and enjoy a cold drink by the pool, there’s just something special about fall. Whether you like to spend your time leisurely watching the leaves change, stay active as the weather cools down, or look forward to a spookier way to celebrate the season, our city has you covered! The Louisville Real Estate Pros have taken the time to compile list of some of Louisville, KY’s best events in the fall. 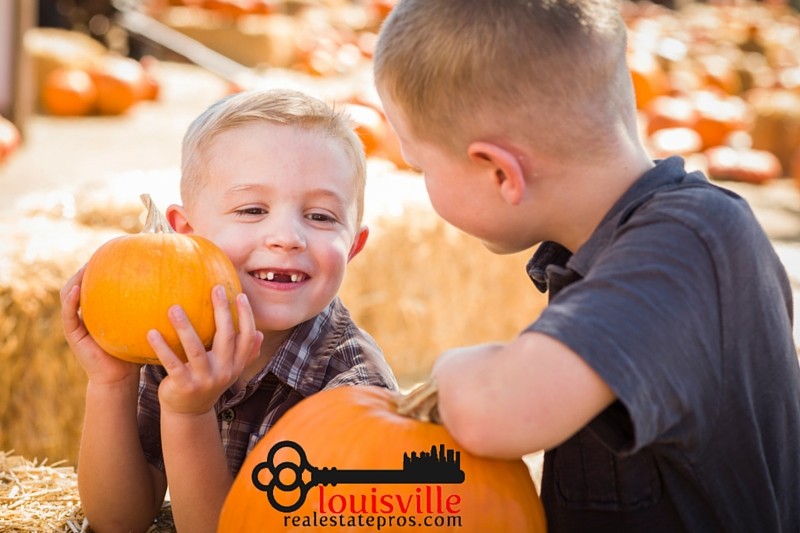 Many families have specific holiday traditions, and Halloween is certainly no exception! Finding the perfect pumpkin to...

5 Louisville Farmers Markets That Are Worth Checking Out 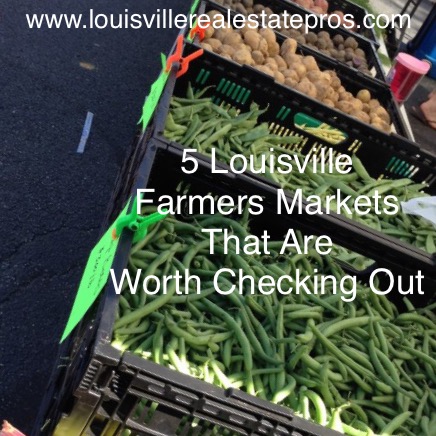 Louisville, KY is home to some amazing locally owned businesses, and Kentucky’s farms are no exception. With so many ways to buy fresh, local produce, there is almost no reason to pass up the opportunity. This beautiful time of year offers numerous farmers markets on a weekly basis to give all of us proud Louisvillians access to farm fresh foods. Farm to table dining has truly never been easier!

Because there are so many farmers markets throughout the city, we have compiled a list of our top 5. Some are large, but some just offer an experience unique from all the rest. Use this as a guide to begin to explore 5 of Louisville’s farmers markets that are definitely worth checking out!

Located at Beargrass Christian Church (4100 Shelbyville Rd. 40207), the St. Matthews Farmers Market is one of the most popular local markets in the city. Running May througih October, this market is one of the...

2015 St. Patrick's Day Parade - 'Hibernians do it in the Highlands'

It's every Irish lad's favorite week of the year - St. Patrick's Day is upon us! 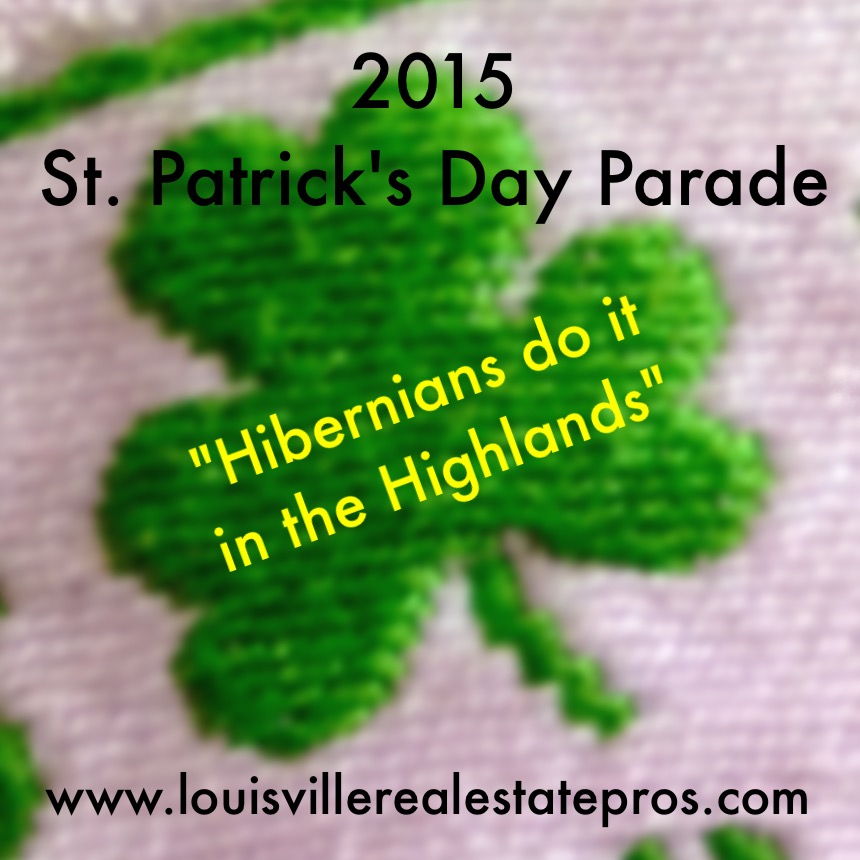 When it comes to celebrating the feast of St. Patrick here in Louisville, KY, no one does it better than the Ancient Order of the Hibernians. Originally founded in New York during the 1800’s, the AOH grew from a need to guard the lives of Catholic priests who were in constant danger during the 1600’s while holding true to the Catholic Faith. The Ancient Order of the Hibernians has transformed into an organization that focuses on keeping the Irish heritage alive here in the United States. The organization offers a place for Irish American Catholics to uphold their traditions while staying true to their motto of “promoting friendship, unity, and Christian Charity”.

As one would expect, members of the AOH (really anyone who is the slightest bit Irish…or just enjoys a good Irish beer) wait patiently each year for one of the biggest parties in Louisville – St. Patrick’s Day! St. Patrick, the patron saint of Ireland, is known for his personal transformation into a faithful believer...

Fighting the winter blues? Roundhouse kick these gloomy days to the curb by joining Hwang’s Martial Arts and Kosair Children’s Hospital for a day of fun and family fitness. 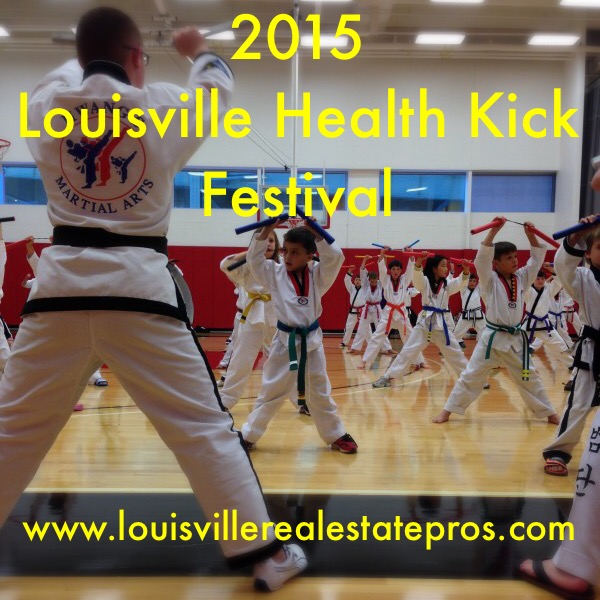 This Saturday, March 7, 2015, is the Louisville Health Kick Festival!

Beginning at 12pm, there will be tons of activities for the whole family to enjoy. The kids can visit with Batman, Superman, Anna, and Elsa, while their parents can take advantage of free health screenings that will be provided by Norton Healthcare. Inflatables and exercise demonstrations will get the whole crowd moving. We could all use a way to burn off some of this snow day energy! There will be a silent auction, raffle, emergency vehicles to explore, and even a petting zoo with all kinds...

Explore the world of craft beer.

This weekend’s event that you do NOT want to miss is Louisville’s Tailspin Ale Fest. Separated into a two-night celebration of the beloved world of craft beer, this festival is a must for any local brew enthusiast. Set in one of the awesome WWII era airplane hangars at Louisville’s own Bowman Field, the location itself offers a truly unique experience for every lover of the Bluegrass.

A popular event in cities around the country is moving to Louisville this month and has local food enthusiasts brimming with excitement.  Restaurant Week, a ten day celebration of Louisville cuisine, will feature some of the best restaurants the city has to offer at a discounted price for diners.  The event hopes to get those living in Louisville out for an evening of special dining by offering three course meals at over 30 local restaurants at the special rate of just $50.20 for two people.
...

After nearly 30 years of serving the Louisville community, John E’s restaurant has vanished from the local culinary scene.  Long-time employees and loyal customers alike were shocked when the restaurants owners abruptly announced its closing on February 1st.  On Tuesday an auction was held to sell off the restaurant’s equipment and memorabilia.  Just like that, after three decades of popularity, John E’s was gone.

The turnout for the auction was good as the crowd included bargain shoppers, sentimentalists, and former employees all coming to say their farewell to the iconic restaurant on Bardstown Road in Buechel.  Real estate speculators thought the property itself would remain vacant for some time as the local business community worried about the loss of yet another Louisville institution.

The owners cited a struggling economy, maintenance issues, and local competition as the reasons for closing.  It was a bitter end after 30 years of great memories for those living in Louisville, but at least many of them will be walking away with some great keepsakes.  Silverware, leather horses, stuffed ducks, and Derby memorabilia were just a few of the items that finding new homes with happy bidders Tuesday and as they walked out the door they took the last remnants of the John E’s era with them.

Thanksgiving is just a few days away and one thing many of us are thankful for is our property taxes, right? All kidding aside, the fact that we pay property taxes means that we are fortunate enough to have property of our own. In Jefferson County, the deadline to pay property taxes and receive a discount is December 1st. To pay without a discount the date is December 31st. In fact, if you pay after January 1st, a penalty of 5% is assessed.

Property taxes are based on the assessed value of your property.  Everyone who owns property must pay a tax on it. Many people have this taken out of their monthly mortgage payment through an escrow account. Those individuals will still receive a tax statement to inform them of their current property tax charges. For property that sold mid year, the seller usually pays a pro-rated tax at the time of closing and then the buyer is responsible to pay the entire tax when it is due. If you are unsure if this occured, check on your settlement statement. If you are uncertain if your taxes are escrowed, contact your mortgage company. Those that do not have an escrow account set up will need to make a payment to the Jefferson County Sheriff’s office. These payments can be by mail, in person at the Sheriff’s office  or via the internet. The addresses are listed below with links to the website. Remember to have your tax bill in hand when you pay.